Impact on the global stage 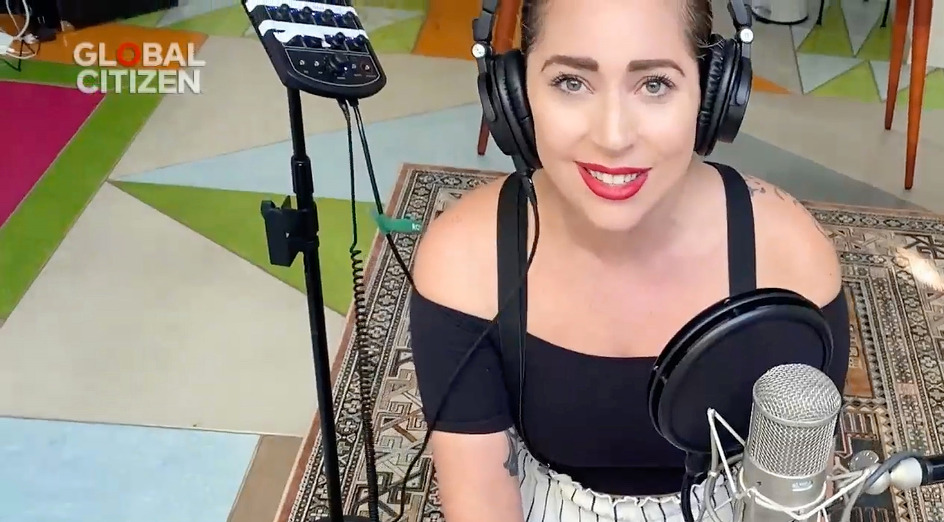 Main image: Lady Gaga performs during “One World: Together At Home” presented by Global Citizen on 18 April 2020 (unspecified location).

In his role as Chief Policy and Government Relations Officer at Global Citizen, his focus is coordinating international support for universal sanitation, climate mitigation and adaptation efforts, access to education, food security, gender equality, and disease elimination and prevention.

The social impact of Michael’s efforts, and those of the team he leads, were recognised in the `Activate’ series, which aired on National Geographic in autumn last year. He is also a board member for the Ban Kimoon Centre for Global Citizens. He is our model global citizen.

UWA: In April you were involved in rallying celebrities around the world to participate in the One World: Together At Home benefit concert for the WHO. What drives you?

The current COVID-19 crisis illustrates how connected we all really are. A virus that originates in one part of the world can quickly spread to all corners of the globe. Global challenges like this require global partnership because so long as a virus such as this remains anywhere, it is a threat everywhere. That is why we have been campaigning for governments, the private sector and philanthropy to provide the resources needed to ensure that COVID-19 tests, treatments and vaccines are made available to everyone.

We must remember crises for how they are resolved and not merely how they began. For that is the hallmark of human progress – how we band together as a society to overcome adversity. Those on the winning side in the Second World War realised that in order to prevent such a calamity from ever occurring again they needed to do something never done before.

UWA: One World: Together At Home was truly a momentous moment for the world. Tell us a bit about this recent campaign experience and what it feels like to be so closely connected to this digital global response to COVID-19?

Early on in the lockdown period we received a call from the WHO and the United Nations asking for our help to promote the importance of social distancing and handwashing, as well as providing citizens with a way to support the global effort through the WHO Solidarity Response Fund. Shortly after that, Chris Martin of Coldplay, who serves as the Curator of our Global Citizen Festival, came up with the idea of using a virtual impromptu concert on his Instagram account to promote these messages. He then passed the baton to John Legend and, before we knew it, artists around the world were signing up to promote the campaign.

Through this momentum, we were able to join forces with Lady Gaga to bring One World: Together At Home to households around the world on 18 April 2020. The historic broadcast was hosted by US television stars Jimmy Fallon, Jimmy Kimmel and Stephen Colbert, alongside friends from `Sesame Street’ to help unify and inspire people around the world. The special featured communities impacted by COVID-19 across the world and included conversations with – and tributes to – the political leaders, scientists, health care professionals and other essential service workers on the frontlines.

Many people have asked me what it was like to work with Lady Gaga on this event. I can say that as well as curating the artist line-up, she did a phenomenal job of reaching out to the CEOs of some of the world’s largest companies to ask them to contribute. She also cared so much about ensuring that the health workers were front and centre of the story we told. Our role was but a small one in the larger response, sending a message of solidarity with the real heroes, the health workers on the frontline.

UWA: The COVID-19 pandemic doesn’t discriminate but it has also highlighted inequalities in healthcare as well as thrown the focus on health/wellbeing and the arguments around economic growth. What are your views on this?

If the COVID-19 crisis has highlighted anything, it’s the extent to which economic prosperity and global health are linked, and how vulnerable the global economy is to disruptions such as pandemics. Health for all, and strong health systems, are two critical components needed to minimise the impact of pandemics and thus make the economy more resilient. Now is the time to champion the UN’s Sustainable Development Goals (SDGs) in order to build stronger systems that prevent the next crisis of this scale from happening. The SDGs are the UN’s 17-point plan to mitigate climate change, reduce inequality and end extreme poverty. Following One World: Together At Home, our next big event in June called for solutions to this inequality and was aptly named 'Global Goal: Unite For Our Future’.

UWA: You are currently in New York, which looks vastly different from only three months ago. What changes do you think this experience might generate both in NYC and on a global scale?

Three months ago we were planning for an eight-city, intercontinental series of concerts to take place on the same day in September this year – from New York to London to Mexico City to Lagos – to highlight the fifth birthday of the UN’s Sustainable Development Goals and kick off a Decade of Action aimed at achieving the end of extreme poverty by 2030.

Not only has the COVID-19 pandemic exposed the very inequalities this huge series of events were intended to highlight, but practically speaking it rendered such a physical in-person undertaking impossible for the foreseeable future.

In New York City, on a local level, I have heard many inspiring stories of people helping one another and communities coming together. I remember early on in the lockdown participating in a virtual meeting of the residents on our street and one long-time resident sharing the experiences of her family who lived in NYC during the 1918 Spanish Flu. She finished by saying that NYC, and the human spirit more broadly, has faced calamity head on before and it has always come through the other side, stronger.

But I do not want to understate the impact this pandemic has had. In NYC, a city I have called home for more than six years, the streets have been silent, subway trains empty, and many local businesses have shut down. Globally, the pandemic has triggered fears of famine and is feared to have pushed 40-60 million people back into poverty, the first real increase in poverty in decades. The recovery that will ultimately come must ensure no one is left behind, both locally and globally. For our part, we will seek to stage ‘Global Goal Live’ next year, and remain committed to a Decade of Action to end extreme poverty.

UWA: You describe yourself as an advocate, nerd and history buff. What is a global citizen according to you?

Firstly, someone who understands that whatever happens in one part of the world, affects us all. This was as true 80 years ago as it is in today’s world of COVID-19.

Secondly, someone who recognises that it is an injustice if anyone, anywhere is not able to achieve their potential because they simply lack access to the basic necessities, be they food, health or shelter that most of us take for granted. That’s why our response to COVID-19 is so important; it is our opportunity to say we will put the most vulnerable first, we will put health workers on the frontline first, regardless of where they live.

“We gained one million new Global Citizens throughout our Together At Home campaign, an unprecedented number for us from countries all around that were engaged through the stories we told.”

UWA: You have spoken about clicktivism done right at your TEDx Talk. Can you tell us more about this and what have you got planned next for your digital advocacy?

What we saw with our One World: Together At Home campaign was a moment in time where people around the world united to support frontline healthcare workers and the WHO. As I touched upon during my TEDx Talk in 2016, sometimes it’s the stories that get people engaged to take action. We gained one million new Global Citizens throughout our Together At Home campaign, an unprecedented number for us from countries all around that were engaged through the stories we told.

As a next step, in the coming weeks and months, Global Citizen will continue to work with a broad set of partners on mobilising the long-term financial resources needed to ensure an equitable response to the global coronavirus pandemic.

UWA: You have taken many UWA students as interns through the program developed with the McCusker Centre for Citizenship. What sets our students apart?

We’ve had UWA students, courtesy of the McCusker Centre for Citizenship, intern with us for the past four years and I can honestly say our work would have been a lot harder without them. They always come and work in our New York office for three months in the lead-up to our busiest period of the year, September, which sees more than 100 world leaders descend on New York for the UN General Assembly and our annual Global Citizen Festival, which takes place on the Great Lawn of Central Park.

We integrate them into our team and give them projects to manage that are pivotal to the success of our campaign. I’ve seen them briefing government diplomats, staffing world leaders, and attending meetings at the UN during their time with us. My fellow colleagues in our executive team always remark how hardworking the students from Australia are, and we often have to remind them to leave the office at the end of the day!

This interview was conducted in May this year.

Our community
Arts and culture
Uniview
Uniview Winter 2020: Ahead of the curve