A global study led by researchers at The University of Western Australia has addressed the rising use of intravenous iron therapy in anaemic patients during major surgery and found there is little benefit.

The clinical study is the first to rigorously test something that has become routine practice in a randomised, controlled trial.

Up to half of patients undergoing major surgery have anaemia and over the last decade, hospitals around the world have given intravenous iron to these patients in advance of their operation.

This strategy is based on global recommendations and guidelines, but had never been formally tested in a clinical trial.

Professor Toby Richards from UWA’s School of Medicine led a large collaborative study to test this practice in a big group of patients undergoing major surgery.

The PREVENTT trial, published in The Lancet, addressed whether patients with anaemia benefited from being treated with intravenous iron before major surgery and if this treatment helped improve anaemia.

The study assessed patients undergoing major operations including stomach, liver and colon operations to determine whether the iron therapy reduced the risk of transfusion during surgery and improved patients’ recovery with less complications and faster return to health.

Intravenous iron was tested against a placebo in a double blinded manner, where neither patient nor the doctor were aware of the treatment 10 to 42 days before elective major abdominal surgery.

Professor Richards said the results showed that although iron therapy did produce a response there was no benefit in the patient’s outcomes of blood transfusion, major complications or length of stay in hospital.

“One significant finding was that after surgery, patients recovered their anaemia with intravenous iron and there was a strong association with reduced readmission to hospital due to complications,” Professor Richard said.

'It may well be that giving iron after an operation, rather than prior, can improve patients’ recovery.

The reassuring aspect is that in this new era of COVID this trial supports one less visit to hospital and that patients are safe to proceed to operation, despite anaemia.” 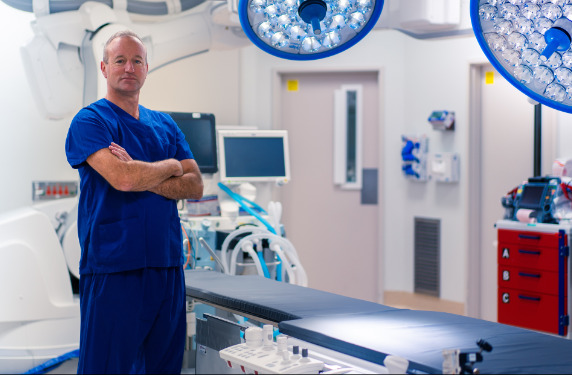 “In the COVID era we have a disease with no known cure but the news is littered with ‘good ideas’ or ‘great therapies’ such as hydroxychloroquine that have not been proven,” he said.

“There is a need now more than ever for patients and doctors to participate in clinical trials. The outcomes of this trial merit national bodies to rewrite guidelines.”