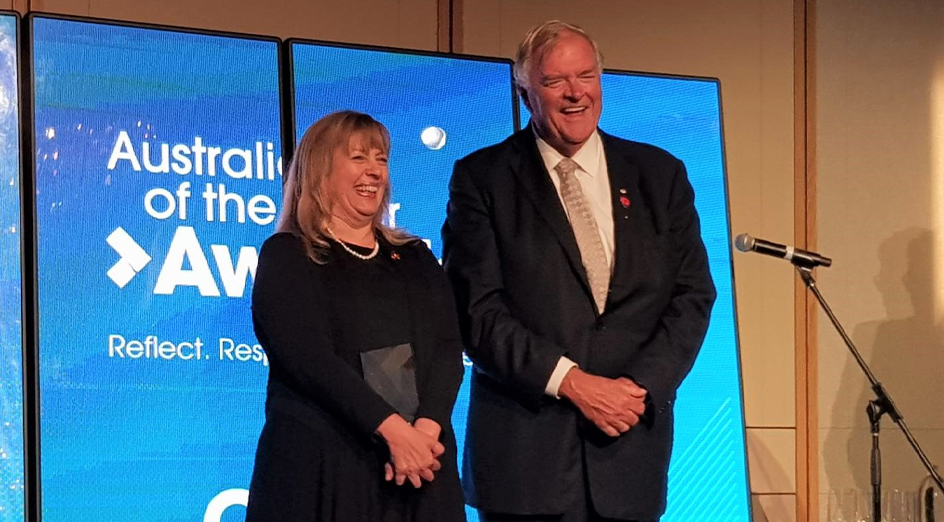 Professor Milroy was presented with the award by The Honourable Kim Beazley AC, Governor of Western Australia

The award – announced at a special ceremony at Perth’s Ritz-Carlton Hotel last night – comes just days after Professor Milroy received the 2020 Australian Mental Health Prize in recognition of her untiring efforts to improve the mental health of Aboriginal people and of children and young people.

A descendant of the Palyku people of the Pilbara region, Professor Milroy is a prominent psychiatrist and leading mental health researcher.
She holds multiple prestigious roles nationally and in WA. In addition to being Stan Perron Chair of Child and Adolescent Psychiatry at UWA and the Child and Adolescent Health Service (funded by Perth Children’s Hospital Foundation), she is co-director of Embrace and an Honorary Research Fellow at the Telethon Kids Institute.

Professor Milroy will join three other recipients in representing Western Australia at the national Australian of the Year Awards in January 2021.

Awards and achievements
Our people
Health and medicine