The $80 million world-class learning space will transform the way students learn, research and engage with community, industry and alumni.

Funded by BHP, Woodside and alumni donors, the project has been called one of the best examples in WA of industry engaging with students to respond to current and future needs.

Maximising opportunities for student engagement and collaboration was key to the process, from the planning and design stages, through to construction.

UWA Major Projects Manager Merv Shortt said students had been involved in part-time employment on the build with Perkins Builders, along with offers of internships and numerous student assignments based around design data.

Master of Professional Engineering (Mechanical) student Sharon Nanang was among students given the opportunity of shadowing Mr Shortt during the build, attending meetings with project managers, architects, students and stakeholders.

“The experience was one of the greatest things I have been involved in and, as a result, I got my summer internship position from networking with an engineer during my work experience,” Sharon said.

Other opportunities await students within the new building. 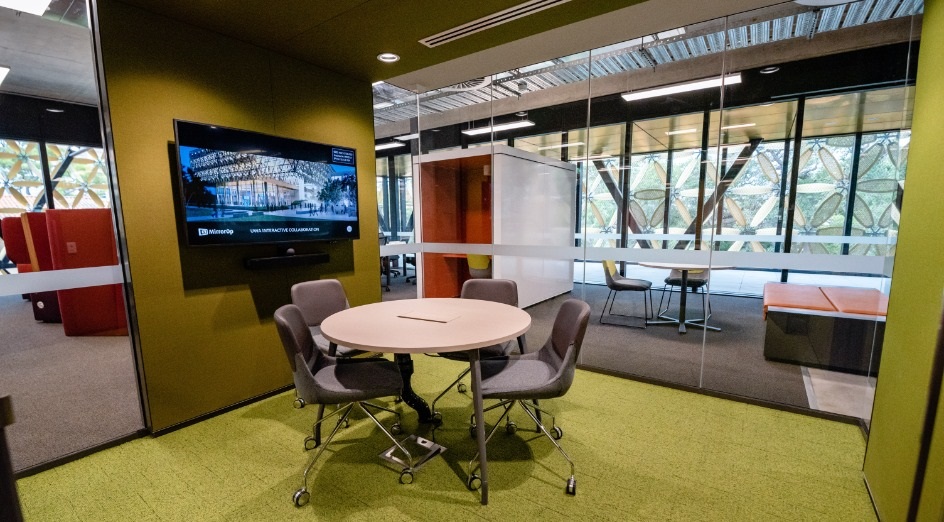 Up to 15 projects, involving 60 students, were developed and integrated into the EZONE UWA build, while another small group of students have been actively recording the project’s progress in 4D that will be used for project management studies within engineering and architecture.

Master of Architecture student Tyran Hanlon was part of a student team engaged to photographically survey the refurbishment of EZONE North. The collaborative effort between the Schools of Engineering and Design will record each stage, from earthworks to completion, creating a visual record of the project’s transformation. To date, they have taken more than 3,000 photographs that have been stitched together to form more than 500 panoramas.

“Each fortnight we take 360-degree panoramas at up to 29 nodes across the site, which will be uploaded into a 4D learning environment, allowing students to virtually experience the processes, technologies and innovations that are going into the project,” Tyran said.

“It has been great to be part of the journey, seeing the site transform every fortnight from what it was, to the world-class facility it is shaping up to be.” 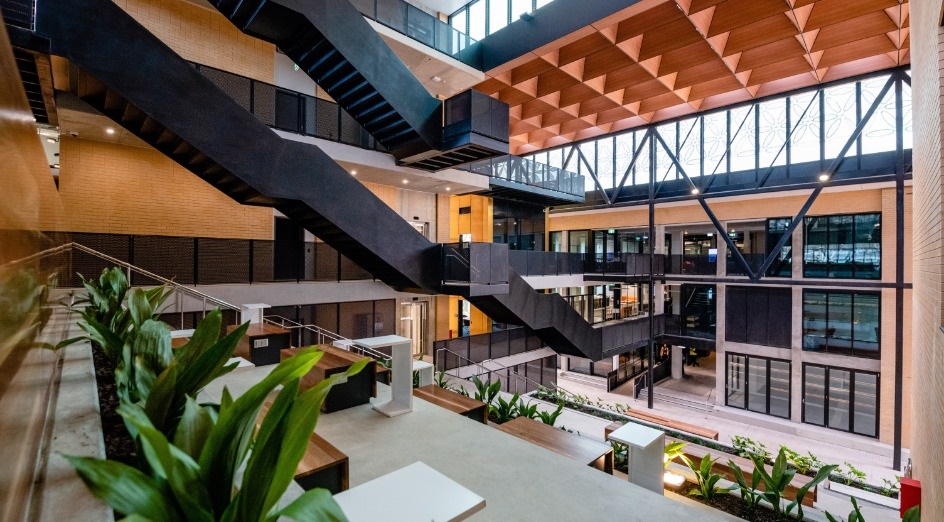 The revolutionary facility presents an unparalleled opportunity to be a go-to destination for research, industry and government partners.

BHP Head of Corporate Affairs Western Australia Meath Hammond said EZONE would equip the State and the world with engineers and mathematicians who will shape the future of many different industries.

“The EZONE UWA Student Hub is one of the best examples in Western Australia of how industry is working alongside students to be responsive to current and future needs,” he said.