Our International Advisory Board is comprised of state, national, regional and international leaders. 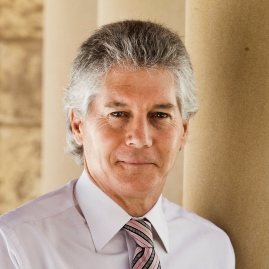 Professor Stephen Smith has been a Professor of Public International Law at the University of Western Australia since 2014.

He is currently Chairman of Sapien Cyber, Chair of the UWA Defence and Security Institute, and a member of the Board of the Perth USAsia Centre.

Professor Smith completed his Bachelor of Arts and Bachelor of Laws at the University of Western Australia, and has practised as a Barrister and Solicitor in Perth. He completed a Master of Laws in Public International Law at London University, and subsequently lectured and tutored in Law in London. 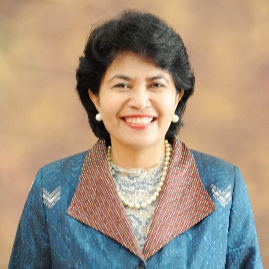 Dewi Fortuna Anwar straddles the world of academia, political activism and government. She is a research professor at the Center for Political Studies-Indonesian Institute of Sciences (P2P-LIPI), and Vice Chairman of the Board of Directors of The Habibie Center (THC) in Jakarta.

Dewi was the Kippenberger Visiting Chair at the Centre for Strategic Studies, Victoria University of Wellington, New Zealand from 1 October to 30 November, 2018 and a Distinguished Visiting Professor at the S. Rajaratnam School of International Studies (RSIS), Nanyang Technological University, Singapore from 1 August 2017 to 31 July 2018.

She has written widely on Indonesia’s democratisation, foreign policy, as well as on ASEAN regional political and security issues. Dewi sits and has sat in a number of national and international advisory boards. She is currently a member of the Governing Board of the Stockholm International Peace Research Institute (SIPRI) and a Board Member of Shift Project based in New York.

Dewi obtained her PhD from Monash University, Melbourne, while her MA and BA (Hons) were from the School of Oriental and African Studies (SOAS), University of London. Hon. Colin Barnett is the former Premier of Western Australia (September 2008 to March 2017) and former member for Cottesloe. He was elected to the Western Australian Legislative Assembly for the seat of Cottesloe in 1990.

Mr Barnett has also served as the State’s Treasurer, as well as holding various other portfolios in Western Australia’s cabinet.

Mr Barnett holds an economics degree from The University of Western Australia. 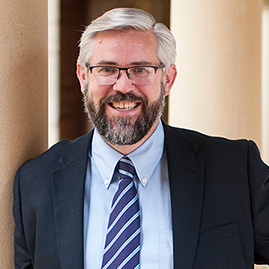 Professor Gordon Flake is the founding CEO of the Perth USAsia Centre at The University of Western Australia.

Professor Flake has built an internationally recognised profile over 25 years in think-tank expertise and leadership in Washington DC. He relocated to Perth in 2014 to establish the Centre and build a broader world-class Indo-Pacific strategic community.

Prior to joining the Centre, Professor Flake was the Executive Director of the Maureen and Mike Mansfield Foundation, a Senior Fellow and Associate Director of the Program on Conflict Resolution at The Atlantic Council of the United States and, prior to that, Director for Research and Academic Affairs at the Korea Economic Institute of America.

Professor Flake is one of Australia’s leading authorities on the Indo-Pacific, with a particular specialisation on Korea having spent nearly three decades focused on the Korean Peninsula and Northeast Asia. Professor Flake has edited several volumes and authored numerous chapters on developments in the region.

Professor Flake holds a number of strategic leadership roles, including currently serving on the United States Studies Centre Board, the UWA Oceans Institute Advisory Board and as Fellow of the College at St Catherine’s College at UWA. He has previously served on the Board of the United States Committee of the Council for Security Cooperation in the Asia-Pacific (USCSCAP) as co-Vice Chair of the Board of the US Committee for Human Rights in North Korea, on the Advisory Council on the Korea Economic Institute of America, and on the International Advisory Board of the David M. Kennedy Centre at Brigham Young University.

He received his BA degree in Korean with a minor in international relations from Brigham Young University (BYU) in Provo, Utah. He completed his MA at the David M. Kennedy Centre for International and Area Studies, also at BYU. He speaks both fluent Korean and Laotian. 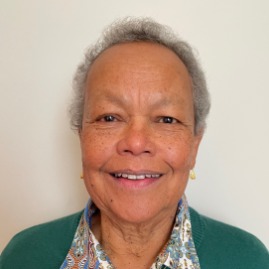 After obtaining an honours degree in Geology and Mathematics from King’s College, London, Eve Howell entered the resources industry in the UK. Her career continued after migration to Australia in 1981, culminating in roles as Managing Director of Apache Energy Ltd and Executive Vice President (EVP) for the North West Shelf Project at Woodside Energy Ltd and EVP for Health, Safety and Security for all Woodside’s operations and projects worldwide.

During her working career, Eve was involved with energy supply, marine and onshore infrastructure, shipping, the arts, environmental and safety issues, government and community engagement. She obtained an MBA degree from Heriot Watt University (Edinburgh Business School) and served as a Director of Fremantle Ports Authority, the West Australian Ballet and the Ngarluma and Yindjibarndi Foundation.

Since 2011, when she retired from full-time employment, Eve graduated from the Australian Institute of Company Directors and served on several ASX boards. She is currently the Chair of RMLA Ltd which previously ran the Girls Academy Program for Aboriginal and Torres Strait Islander girls in over 40 schools throughout Australia. The company is currently engaged in developing an on-line support program for post-school girls and women of Aboriginal and Torres Strait Islander descent. After training as a research psychologist at The University of Western Australia and lecturing at a number of Australian universities, Dr Lawrence entered politics in 1986, serving at both state and federal levels for 21 years.

She was, at various times, WA Minister for Education and Aboriginal Affairs and was the first female premier and treasurer of a state government. Dr Lawrence shifted to federal politics in 1994 when she was elected as the Member for Fremantle and was appointed Minister for Health and Human Services, and Minister assisting the Prime Minister on the Status of Women. She held various portfolios in Opposition, including Indigenous Affairs, Environment, Industry and Innovation, and was elected national President of the Labor Party in 2004.

Dr Lawrence retired from politics in 2007 and is now Professor Emerita in the School of Psychological Science at UWA and President of the Conservation Council of WA. 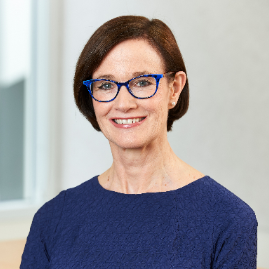 Jennifer Lawrence was appointed CEO of Brightwater Care Group (Brightwater) in 2016 and is a strong advocate for change and innovation in the aged care and disability care sectors. She joined the organisation in 2003 as General Manager, Care Operations and most recently held the position of General Manager, Disability, Research and Risk.

Prior to moving to Brightwater, Jennifer held a number of executive roles in the private pathology industry, both in Perth and interstate.

With a strong focus on innovation and technology, and considerable strategic development and management experience, Jennifer also has a strong clinical background in medical science.

During her time at Brightwater, Jennifer has been responsible for overseeing the building of new aged care infrastructure and a $20 million redevelopment of the Oats Street rehabilitation service site. She also established the Brightwater Research Centre and has published and presented research internationally. He was previously National Security Advisor to the Prime Minister of India, January 2010 to May 2014; Foreign Secretary of India, October 2006 to July 2009; and has served as the Indian Ambassador or High Commissioner to China, Pakistan, Sri Lanka and Israel.

In 2016 he published Choices; Inside the Making of Indian Foreign Policy (Brookings & Penguin Random House, 2016).

He has been a Fisher Family Fellow at the Kennedy School, Harvard University, 2015 and Richard Wilhelm Fellow at MIT in 2015. He was chosen one of the Top 100 Global Thinkers by Foreign Policy magazine in 2010. Dr Marty Natalegawa served as Foreign Minister of Indonesia from 2009 to 2014. He is the author of Does ASEAN Matter? A view from Within (ISEAS Publishing, 2018).

He, inter alia, is serving as a member of the UN Secretary-General’s High Level Advisory Board on Mediation; ASPI Distinguished Fellow; the International Academic Advisory Committee of the Oxford Centre for Islamic Studies; the Southeast Asia Advisory Board of the CSIS, Washington, DC; International Crisis Group Board of Trustees; Prominent Research Scholar of the Bank of Indonesia Institute and Global Advisory Committee of the Jeju Forum.

He served in the UN Secretary-General’s High Level Panel on Global Response to Health Crises and UN President of the General Assembly’s Team of External Advisors.

He was Permanent Representative of Indonesia to the UN (2007–2009); Ambassador to the UK and also to Ireland (2005–2007);  and Indonesia’s Director General for ASEAN Cooperation.

He has been cited as “one of the most respected foreign policy and international security thinkers of his generation, both within Indonesia, in Southeast Asia, and in the broader Asia-Pacific region”.

Dr Natalegawa earned a DPhil from ANU, an MPhil from University of Cambridge, and a BSc (Hons) from the London School of Economics and Political Science. Professor Nowak is a medical oncologist and clinician scientist. Anna has been a clinical academic in the UWA Medical School since 2005, and has built a strong research program encompassing laboratory, murine, translational and clinical trials work, with a focus on mesothelioma. Her research has been funded by NHMRC, Cancer Australia, Cancer Council WA, the US Department of Defense, and through industry partnerships and philanthropy.

In 2018, Anna was named Cancer Researcher of the Year by the Cancer Council of WA, and in 2021 received both the International Mesothelioma Interest Group’s prestigious Wagner Medal for her contribution to mesothelioma research, and the Medical Oncology Group of Australia’s inaugural Martin H Tattersall’s Heroes Award for her mentorship, advocacy and contributions to the discipline.

Anna is passionate about mentoring, collaboration, building a positive culture for research staff and students, and women in science. 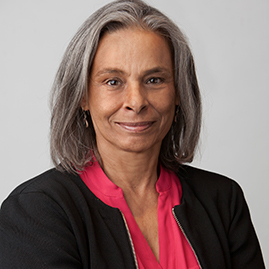 Maria Osman M.Ed GAICD has over 30 years’ experience as a senior policy adviser on the intersections of gender equality, multiculturalism and human rights. She has worked in the government, community and university sectors as an advocate, policy adviser and strategist, speaker and mentor.

Maria currently serves on multiple national, state and community boards and committees including, Chair of the Humanitarian Group; the National Harmony Alliance for Migrant and Refugee Women; the Minister for Citizenship and Multicultural Interests Advisory Board: The Premier’s Supporting Communities Forum; the National Education Toolkit for FGM/C Awareness Project, and the Somali Women’s Association. Peter Robertson is a Professor of Economics at the University of Western Australia.

He is currently Dean of The UWA Business School and a Fellow of the UWA Public Policy Institute. 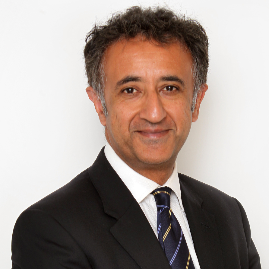 He is a Fellow of Academy of Social Sciences, former Chair of the Campaign for Social Science, and was awarded a CBE in 2017 for services to social science and public policy.

He has also held advisory roles with Unbound Philanthropy, Demos, Policy Exchange, Institute for Public Policy Research, Policy Network and Fabian Society, and served as Special Advisor to the Commonwealth Secretariat and the House of Commons Speaker’s Conference on Parliamentary Representation. 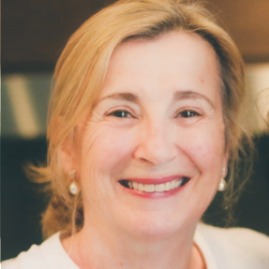 Linda Savage has a BA (Hons) in Politics (UWA) and a law degree from Cambridge. Throughout her working life she has focused on law reform and the rights of women and children.

She is currently on the Boards of the National Drug Research Institute, the Voluntary Assisted Dying Board, the Australian Council on Children & the Media and Upswell Publishing.

In October 2018 she was appointed as an Ambassador for Children and Young People. In 1997 she was awarded the Law Society of Western Australia’s annual award for Outstanding Service to the Community. In 2010 she was named Woman Lawyer of the Year.