Iceland, Cook Islands and other places a marine science degree could take you 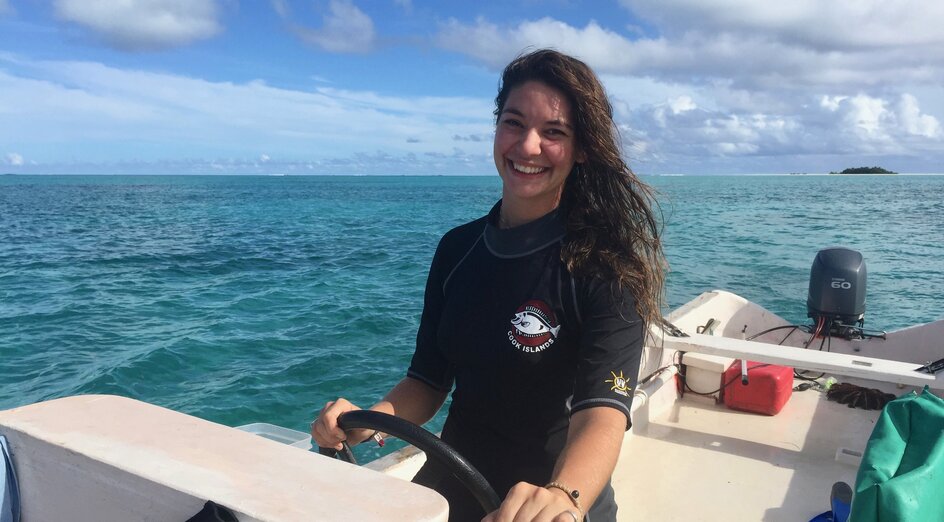 Born in Wiesbaden, a landlocked city in Germany, and touring the globe four times as a child, it may come as no surprise that Natalie Prinz would develop a passion for our great ocean.

This passion was largely sparked by her father who worked on ships when Natalie was young, giving her the opportunity to travel around the world before she even attended school.

“This must have had a long-lasting effect on me because I always knew I wanted to study the ocean. I wanted to study marine biology as my bachelor’s degree, but in Germany you can only study general biology with a focus on marine science in the last semesters. Because I thought studying in English would be beneficial, I decided to go overseas.

“When I decided Australia over Great Britain, I chose to study at UWA," she says.

“My marine science journey started at UWA and has not stopped. It is extremely exciting to pursue this science in a changing world, with people increasingly realising the importance of this subject.”

Natalie says her time at UWA made her strong and assured her of what she wanted to do in life.

“I am very grateful I could experience this because not only did I learn about the ocean and the Western Australian environment, it also made me who I am today.”

Upon completing her Marine Science degree, Natalie moved to Broome.

“Life brought me to a remote little pearl farm, Cygnet Bay, on the Dampier Peninsula. After a scientific internship in the oyster hatchery, I worked as a pearling tour guide on the farm.”

During this time, Natalie also conducted research in Iceland during a summer school on marine megafauna and was accepted into a master’s degree in northern Germany, focusing on tropical marine ecosystems.

“In Germany, I was able to help in various projects as a research assistant, most excitingly on the research vessel Polarstern, during an expedition to the Arctic and north-eastern Greenland.”

She also carried out her master’s project on the Cook Islands, where she studied the impact of tourism on coral reef fish.

“My passion is nature and I would like to devote my life to sharing knowledge about it, to inspire this passion for nature in others,” she says.

“The way humans have lived on this planet up until today is not sustainable and I would like to become an agent of change. Humans are part of the system and this is why we should act responsibly about the role we play in it.

“The ocean is an incredibly important part of our planet, and as we know more about space than the deep sea, I would love to make ocean science knowledge available to people who do not study it, so we can all start understanding what it offers in this changing world.”

Natalie now plans to share her knowledge more widely after becoming Germany’s All-Atlantic Ocean Youth Ambassador, working as part of a team of international ambassadors towards an All-Atlantic Forum before the European Commission in Brussels.

“In the last few years I have realised that I’m a person who can spark excitement and communicate science. Making science accessible to people will be the first step to grow global awareness and create change towards ocean care. A change that grows from scientific facts develops into beliefs and leads to changing behaviours.”

Most recently, Natalie has taken up a PhD position at the University of Waikato.

“Moving to New Zealand and being able to work with Māori, iwi and local stakeholders, as well as teach at university, will expand my ability of how to learn, assimilate and convey knowledge.

“Oceania is increasingly becoming a significant part of my life; it is becoming home. Once I have finished my PhD, I want to continue sharing knowledge, communicate scientific findings and engage in initiatives involving people to act more sustainably for a better future. Whether that’s in academia, NGO work or the science policy interface, I don’t know yet.

“If there is one aspect that is super important for ‘where can a marine science degree take me?’ it’s this: if you put your heart into what you do, you can go anywhere you want because people will see you are passionate about what you’re doing for our planet and not just for your CV.”