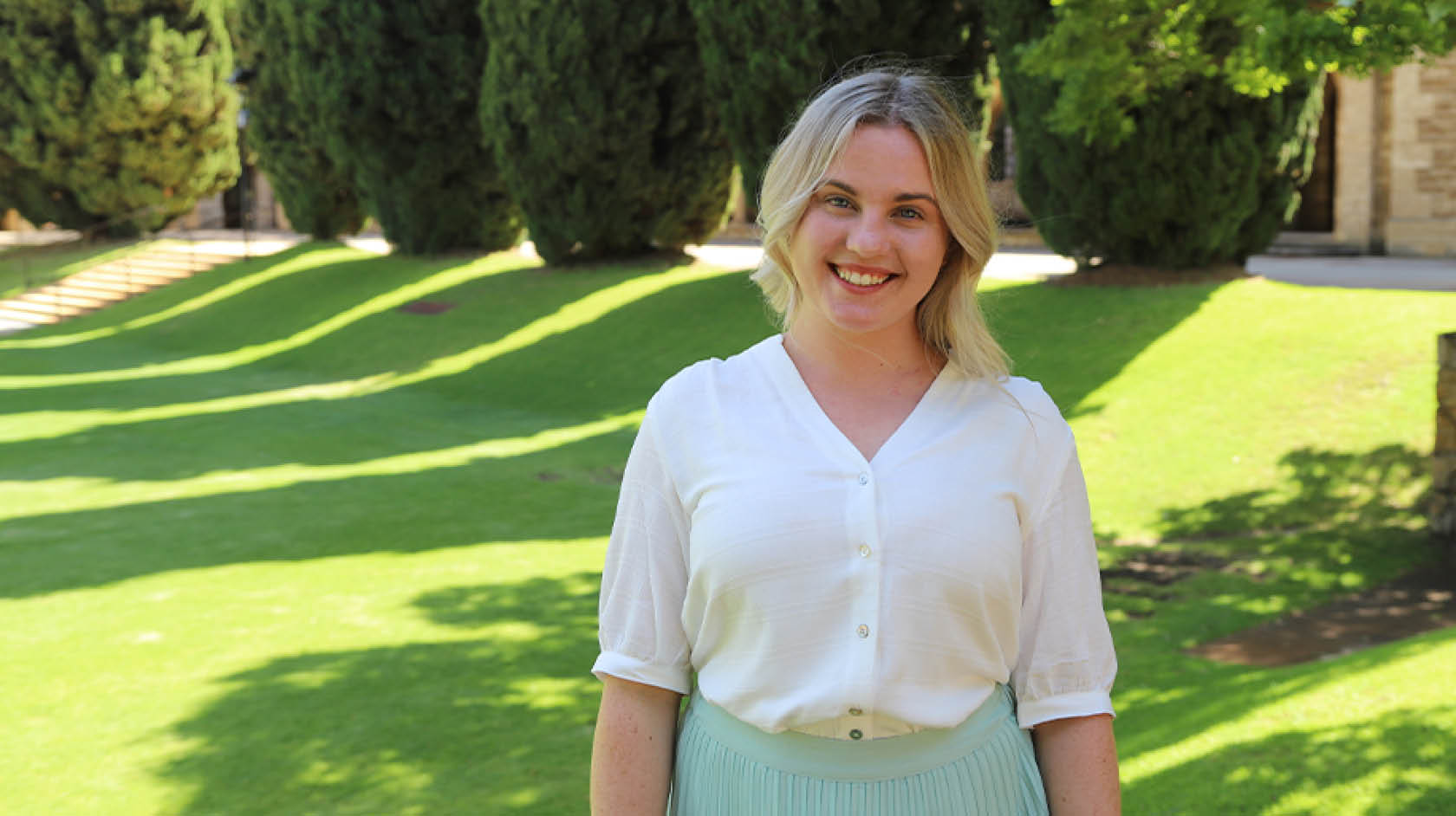 Imagine having the financial freedom to study something you’re passionate about which is also contributing to world-class research.

With the Westpac Future Leaders Scholarship she was awarded earlier this year, Kelly MacKinnon is doing just that.

Kelly is one of 17 people in Australia, and one of two at UWA, who were awarded Westpac Future Leaders Scholarships in 2021, and she said it’s made a difference to her research and life already.

She first completed her Bachelor of Science at UWA, majoring in Physics and Science Communication, and then a Master in Medical Physics (with Distinction) at UWA last year.

Now, she’ll be studying high-quality data from her team’s in-house cancer research at UWA, analysing factors that have the greatest impact on treating lung cancer to determine which cancer treatments have the most potential for success.

“My research is focused on taking data that is already there from cancer research that we’re doing, looking at a particular new cancer treatment and trying to figure out how to optimise the process using mathematical modelling,” she explains.

“By saving time in this part of the cancer research experience, it means we can get closer to a cure faster, without having to compromise on any of the safety by the time it reaches patients. This is the exploratory stage where we’re trying to figure out what actually works, and so if we can save time now, then it means we can find what would be the best options faster.”

Kelly’s excited by the prospects of learning from other Westpac scholars and alumni – but as is often the case, she didn’t expect to actually be awarded a scholarship.

“It was something that I know I just kind of applied for thinking it was worth giving it a shot, but to actually get through each stage of the process was such a wonderful surprise, so to actually have gotten to the end of it, it still feels surreal,” she says.

“My message to others who are considering applying for the Westpac Scholarship is just go for it, absolutely do it. It doesn’t matter if your grades aren’t perfect, because mine were good but nowhere near a lot of the people I know and who I study with.

“If you have a passion, if you love volunteering, if you love doing internships and research, if you’re doing mentoring – anything that shows how you’re participating in your community and how much you love to go out to do things to help people – then you’re a really good candidate for the Westpac Future Leaders Scholarship and I would definitely recommend that you try applying.

“It’s such an amazing opportunity, and even if you think you’re not going to get it, it’s a bit of time to apply but it is so worth it for the potential payoff.”

We believe you’re capable of creating positive change in Australia – and potentially the world. Ready to take the next step in your journey? Apply now for the Westpac Future Leaders Scholarship.