We spoke to UWA grad Adil Cader about his interview with former United Nations Secretary-General, Ban Ki-moon, and how UWA helped him get there. 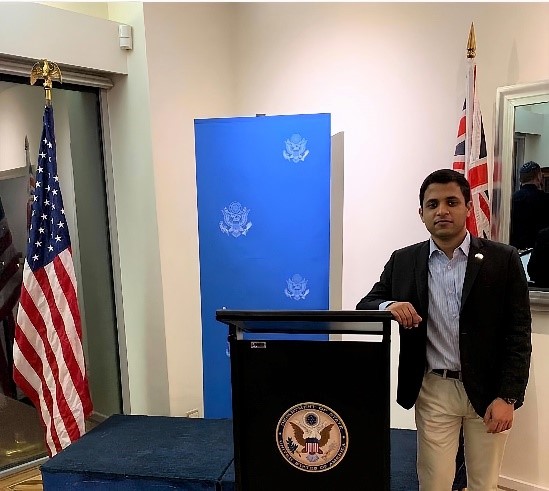 Adil enjoyed the wholistic approach to his degree that allowed him to study units outside of his discipline to expand his breadth of knowledge. He credits this approach to his success, giving him a better understanding and analysis of various global issues.

“UWA taught me to think outside the box and to be innovative.”

His degrees gave him exposure to several hands-on learning opportunities that provided him with networking skills and the opportunity to work overseas.

“I also really benefitted from the practical component of the courses, the ability to undertake an internship which could be converted into credit on my transcript.”

Adil is passionate about helping Australia’s engagement with the world. It was this passion that drove him to start his own vodcast series, Talking Foreign Affairs with Adil Cader.

“My aim is to try to get more young people interested to become diplomats and contribute to global affairs. I think that everyone, regardless of discipline or background, can contribute in some way to the various global challenges we face.”

On his vodcast series, Adil has had the opportunity of interviewing various high-level guests and getting their thoughts on global issues – in an easy to understand way. Guests have included Prime Ministers, Director-Generals, Nobel Peace Prize Winners and even an astronaut!

Adil was recently given the honour of interviewing the former United Nations Secretary-General, Ban Ki-moon, on his career, views on various global issues and his latest book Resolved: Uniting Nations in a Divided World.

“I never would have imagined that one day I would get to do such a project.”