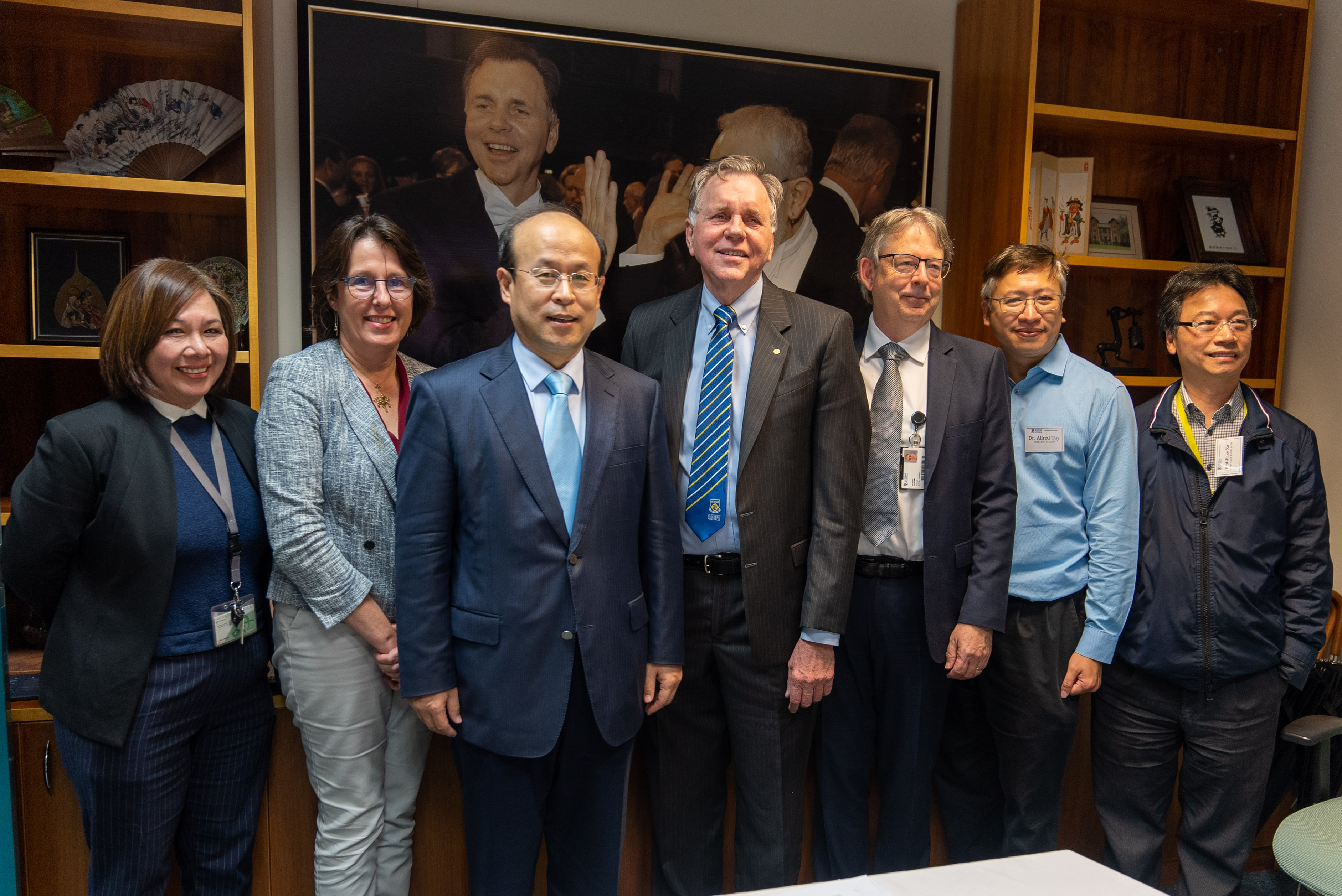 On June 8, with an early winter chill breaking through Perth, Chinese Ambassador to Australia - Mr Xiao Qian and his team, visited the Marshall Centre of Infectious Disease Research and Training to meet with Professor Barry Marshall, deputy director Associate Professor Charlene Kahler and the Head of School of Biomedical Sciences, Professor Jeff Keelan. 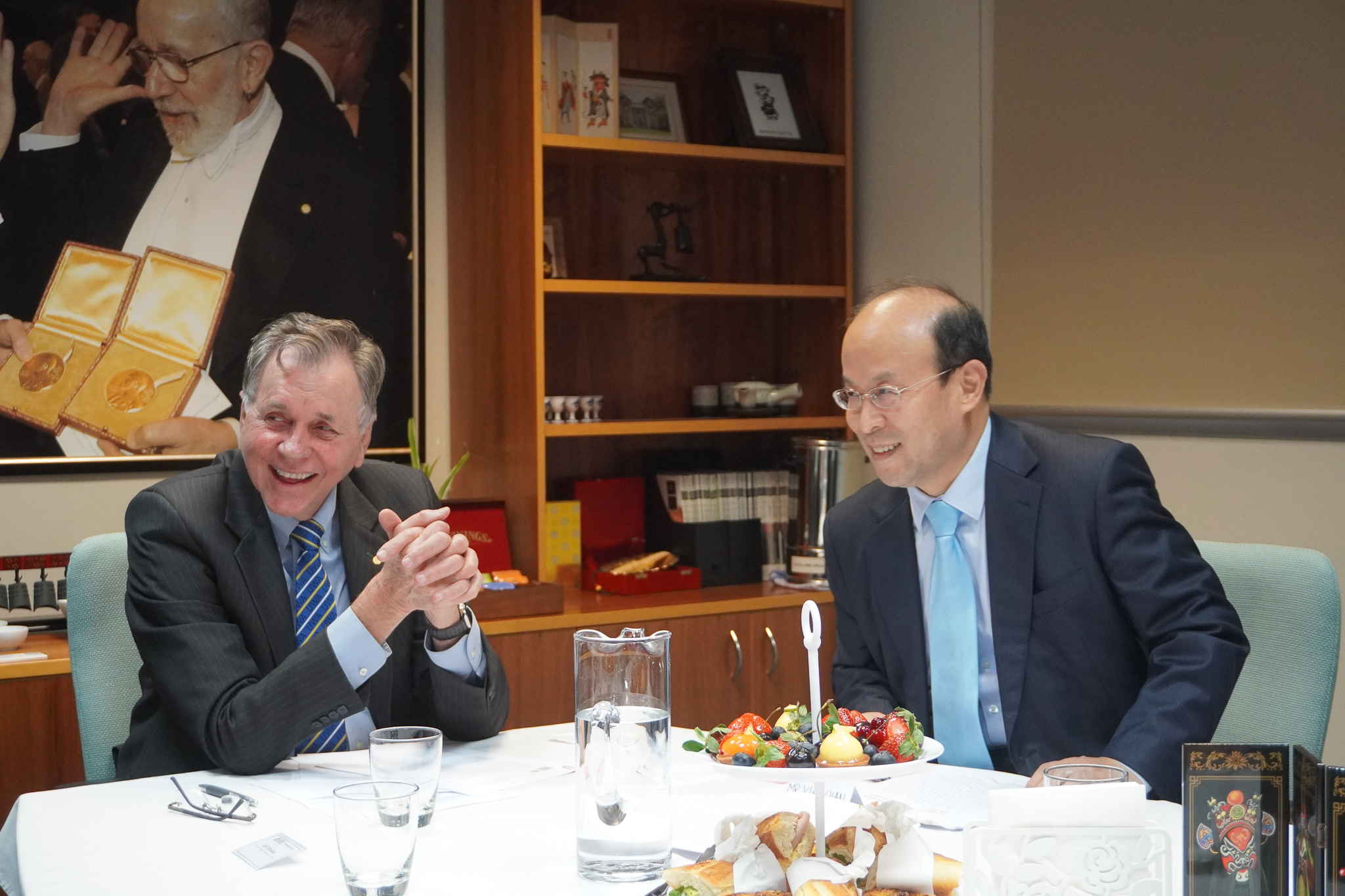 During his visit, Ambassador Xiao spoke with Professor Marshall about the importance of the Marshall Centre playing an active role in promoting the continuous and expanding relationship between the two countries in education and scientific research. The Ambassador also thanked Professor Marshall for his contribution to China's medical and health developments, recalling some of his own colleagues contracting Helicobacter pylori in the past but being treated. 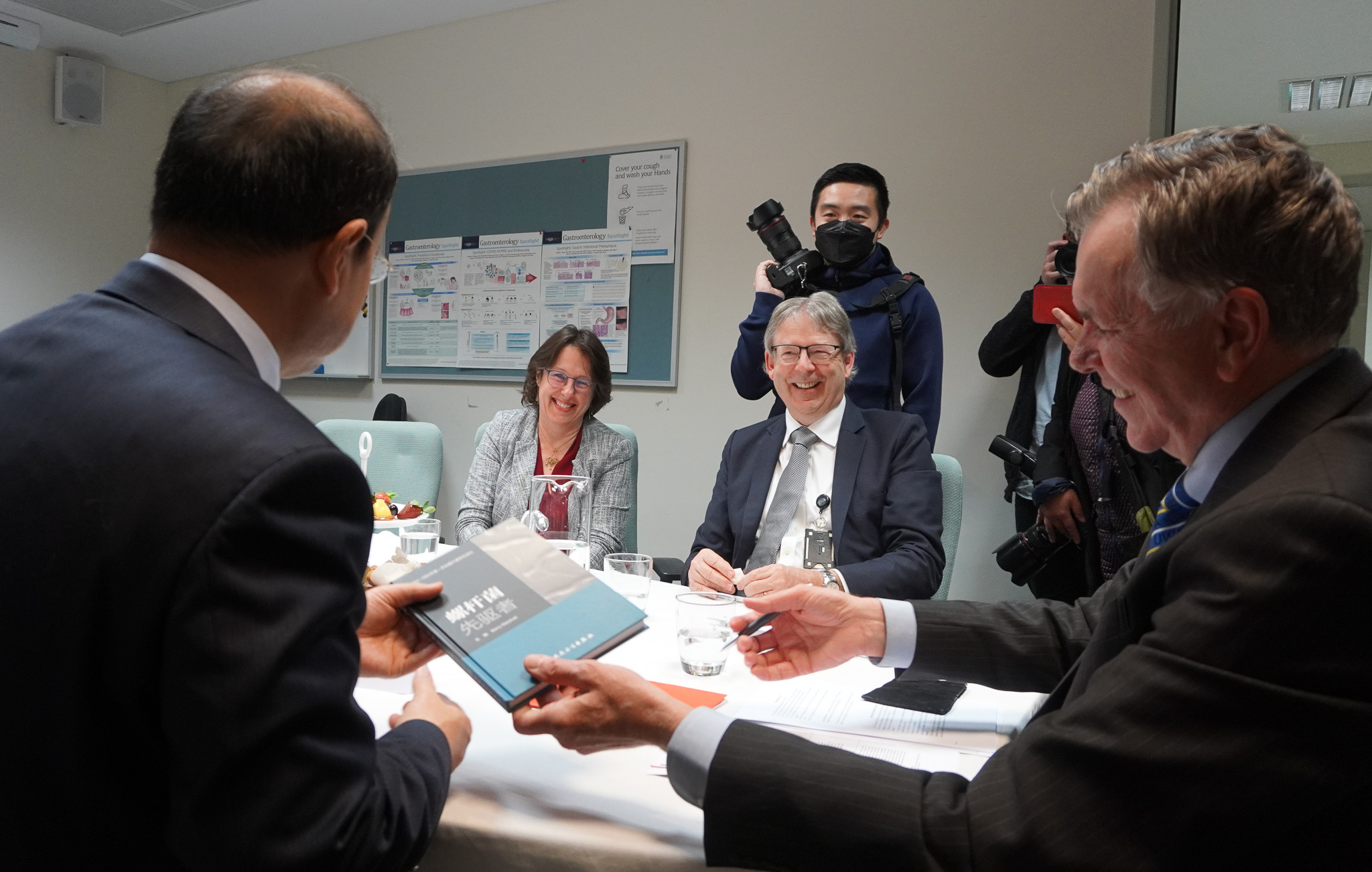 In 2015, Professor Marshall was awarded the Chinese Government Friendship Award. This award is the highest award for "foreign experts who have made outstanding contribution for the county's economic and social program". Accompanied by Professor Marshall, Ambassador Xiao was introduced to PhD students Kan Yu from Beijing and Xinyuan Zhu from Nanjing, who guided the Ambassador through the labs. They explained current research being run by research leaders Professor Jiake Xu, Professor Mark Nicol  and Dr Alfred Tay, and allowed the Ambassador examined the H.pylori specimen through a microscope. 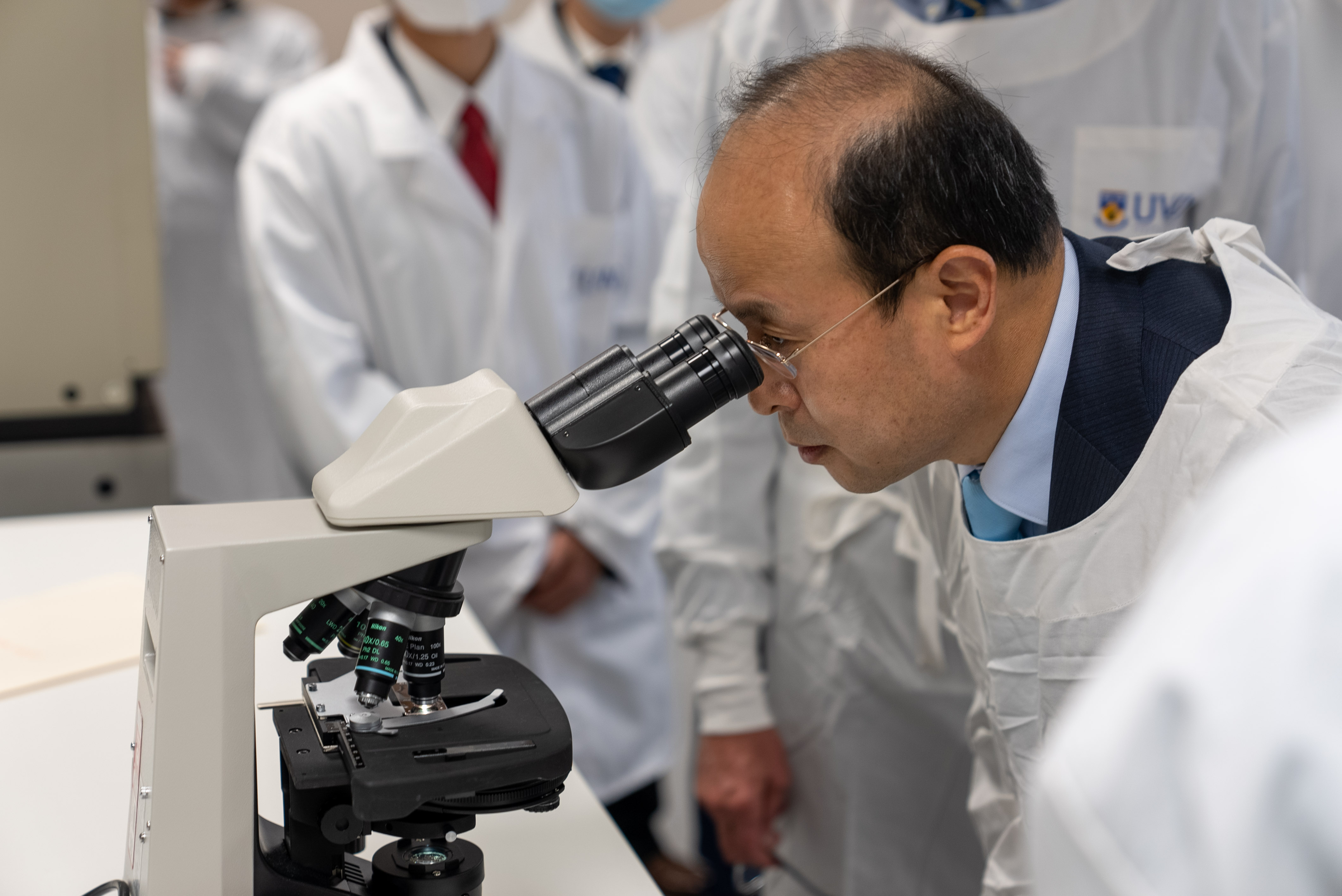 Ambassador Xiao is visiting Western Australia to celebrate the 50th Anniversary of Australia and China's Friendship by attending the 2022 National Conference organised by the Australian China Friendship Society of WA (ACSFWA). The Ambassador paid tribute to Professor Marshall's world class contributions to the field of research and highly appreciated his positive efforts in promoting the bonds between China and Australia.